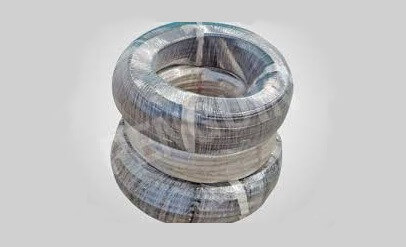 Cable packaging film is still relatively common in our lives. It is a necessary packaging product in the wire and cable industry. Cable packaging film is a special material of wrapping film. Its main material is PVC material, which has ultra-thin, It has the characteristics of resistance to pulling, penetration, transparency, self-adhesion, low temperature resistance, etc. It is an ideal packaging material.

The characteristics of cable packaging film:

The material of the cable packaging film is low-density polyethylene, scientifically called LLDPE, which is an environmentally friendly, non-toxic, odorless, and 5-fold tensile packaging film. It is the same material as the commonly used refrigerator cling film at home, but the thickness of the industrial PE wire film is slightly thicker than that of the food cling film in order to enhance their tensile properties.

Good viscosity makes the packaging film layer and layer on the outside of the goods stick together to make the goods firm. There are two main ways to obtain the viscosity: one is to add PIB or its masterbatch to the polymer; the other is to blend VLDPE PIB It is a translucent viscous liquid, and special equipment is required for direct addition or modification of the equipment.

The viscosity of blending VLDPE is slightly poor, but there are no special requirements for equipment, and the viscosity is relatively stable and not controlled by time, but it is also affected by Influenced by temperature, it is relatively viscous when the temperature is higher than 30 ℃, and slightly less viscous when it is lower than 15 ℃. The required viscosity can be achieved by adjusting the amount of LLDPE in the adhesive layer.

The use of cable packaging film:

The cable packaging film has a wide range of applications. Its small size and high viscosity are easy to use for wire winding and integrated packaging of scattered goods, instead of small storage boxes. Because it can reduce the cost of bulk cargo transportation and packaging by more than 30%, it is widely used in the integrated packaging of hardware, minerals, chemicals, medicine, food, machinery and other products; In the field of warehouse storage, it’s also used for pallet stretch wrapping for storage and transportation to save space and occupation.